It's the day after the Berlin Marathon 2016 and I hurt. A bit of pride as well as, of course, my body. Yesterday did not go to plan which is of course a huge frustration. But as the great team around me are saying...i made it.

It's important to mention from the beginning how great the support was throughout the race. People had said before that the far loop (around 25km) got a little quiet but actually you didn't really feel that. There were crowds everywhere. So if you were someone supporting, thanks. My face might not have shown gratitude, but I got to the line and that's the main thing.

So, the race. I planned to target 5min/km for the entire race. We had run faster for shorter distances and felt this was ambitious but achievable. Clearly it was a step too far. We managed that until about 24km but then I realised it wasn't to be my day. Chiara, my running buddy, was stellar and is such a strong and impressive runner. It was around 25km where I didn't want to hold her back and said she should run on. But that's the beginning of the psychological struggle.

I continued to the 27/28km mark and then felt I had nothing left. And had to start walking. The main issue at that point was knowing that there was still 14km to go - a huge distance to walk as part of a race. So then my mind started testing me the most. I do put a lot of pressure on myself to compete as I like to see how far I can take things - but my body's reaction was a reality check.

I walked the majority of the final 14km with a few, very painful, attempts at running. But cramp and pain limited any real rhythm or pace. I truly considered pulling out as I wondered if, in my dazed state, I was doing too much harm to myself. There was also the personal agony of walking in front of the great crowds. Whilst it's a personal race against your own goals, you want to run it for them too.

So in the end I managed to complete the race in 4:27, well below my own expectations. But my BSR team around me were a great pick-up just to feel the achievement of finishing. And it gave me the time and group to reflect upon the race and move forwards. So some of my key learnings are:

- Expectations
I need to consider longer term targets. Rushing in to nearly match a half marathon time to the full distance was too much pressure. With the goal of doing more longer races I need more race practice to reach my time goals.

- Pacing
Just acting as a pacer, checking watches and dodging the crowd to try and maintain it is quite consuming. We'd plan to settle into the crowd but still I didn't listen to my own plan. I really need to learn to build when feeling good.

- Conditions
It was a hot day, although strangely I didn't really feel it during the race. Adjusting a race plan more to reflect them could have been wiser.

- Training
I think we did a great job as a group and I did build nicely doing at least 3 x 32km runs. So I need to rethink what is right for me and also practice a little of race pace too.

- Enjoyment
I love to race. That's the reason I am turning my passion into my working life too. But what I realise from the run is that I couldn't enjoy it because it was too far from my plans, and I still remain a little disappointed. So I know that maintaining that enjoyment is going to be key to progressing.

So with all this in mind, I have the chance to learn and progress because in 5 weeks I am running the Frankfurt marathon. This is a great chance for me to enjoy the distance run, set myself better expectations and put down a time from which I can build on. So wish me luck.

If you have any race tips, similar experiences or just comments, I would love to hear from you.

Thanks for reading this.
Jon 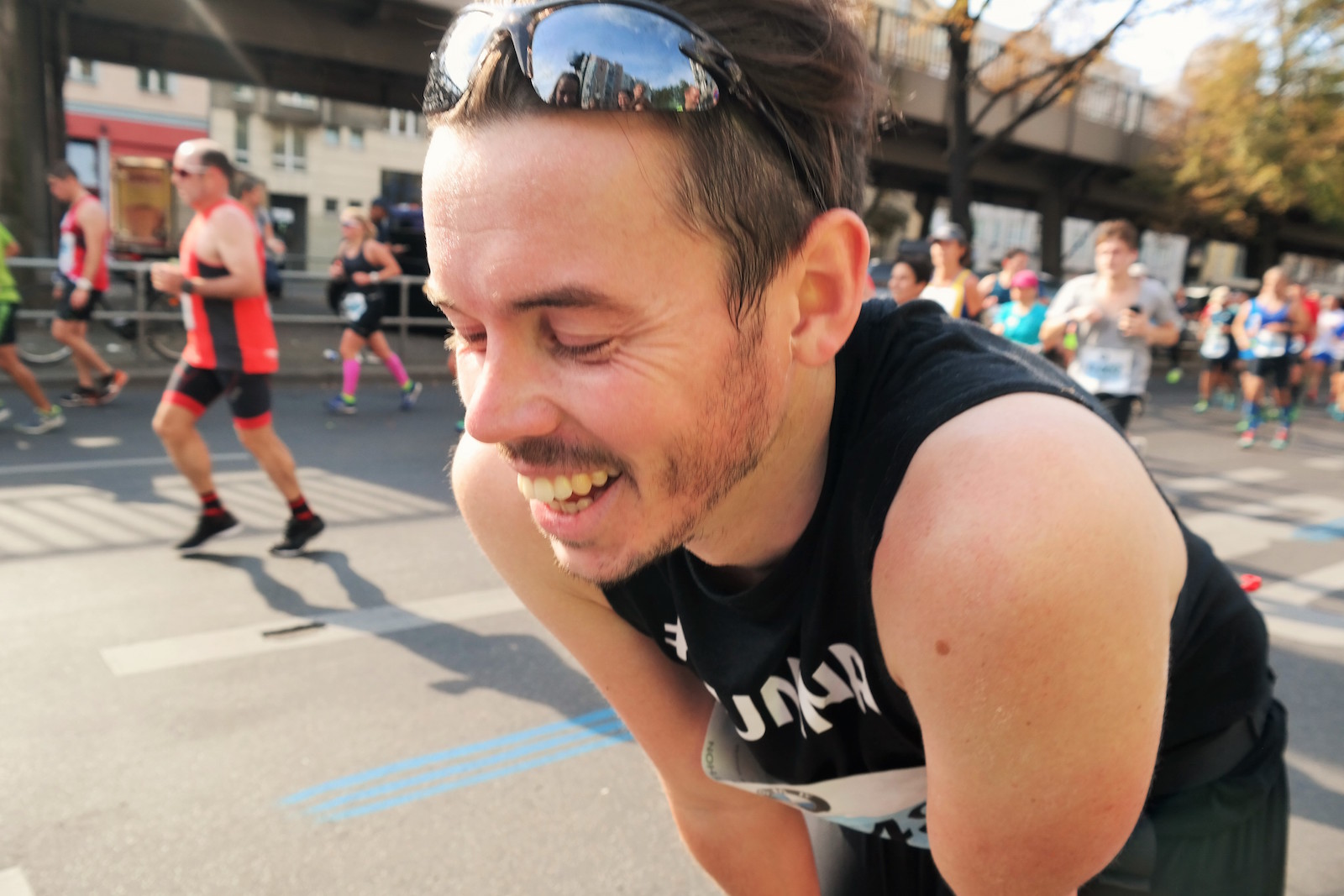 Struggling. But managing a smile thanks to the great support team. (Pic thanks to Demet) 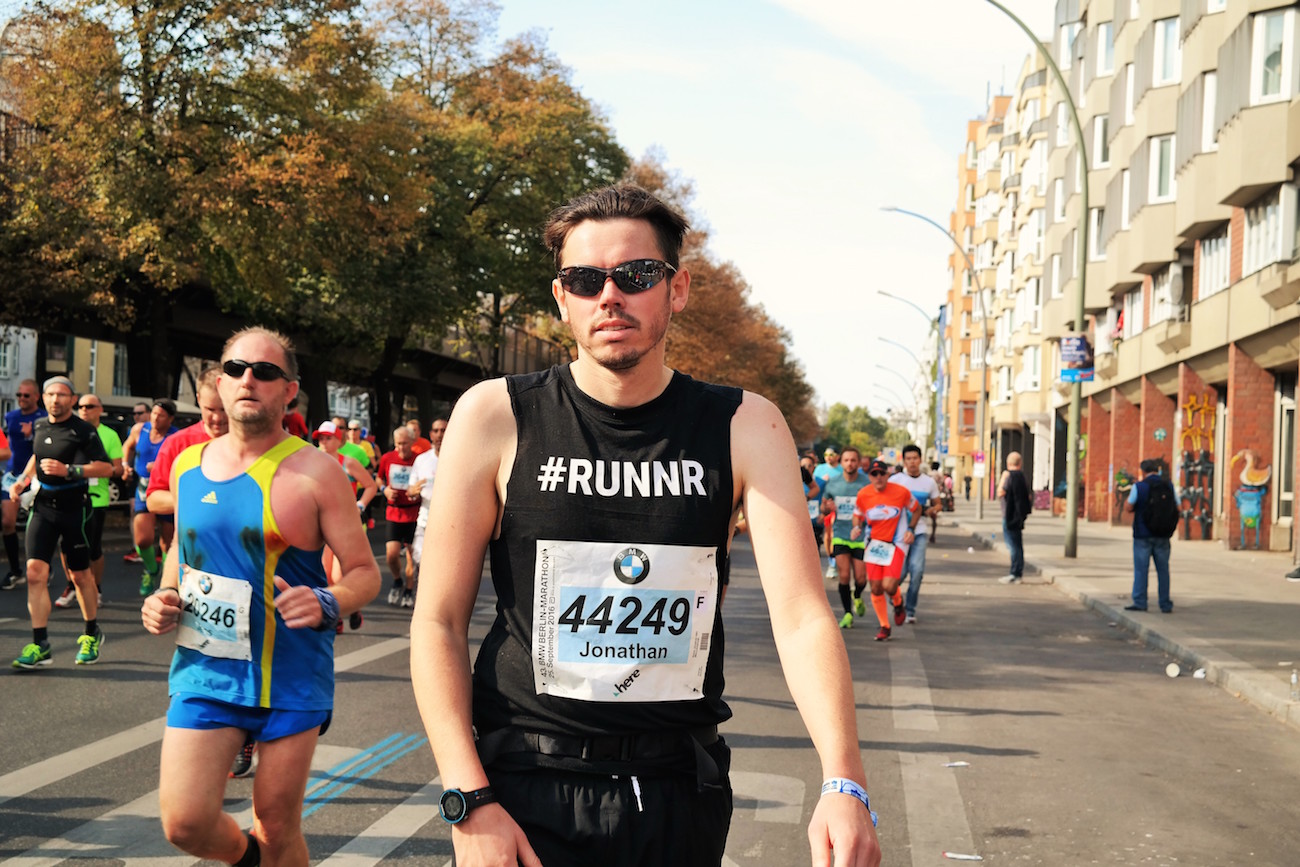 Glasses down for focus. More of a #WALKR than a #RUNNR (Pic: Demet again) 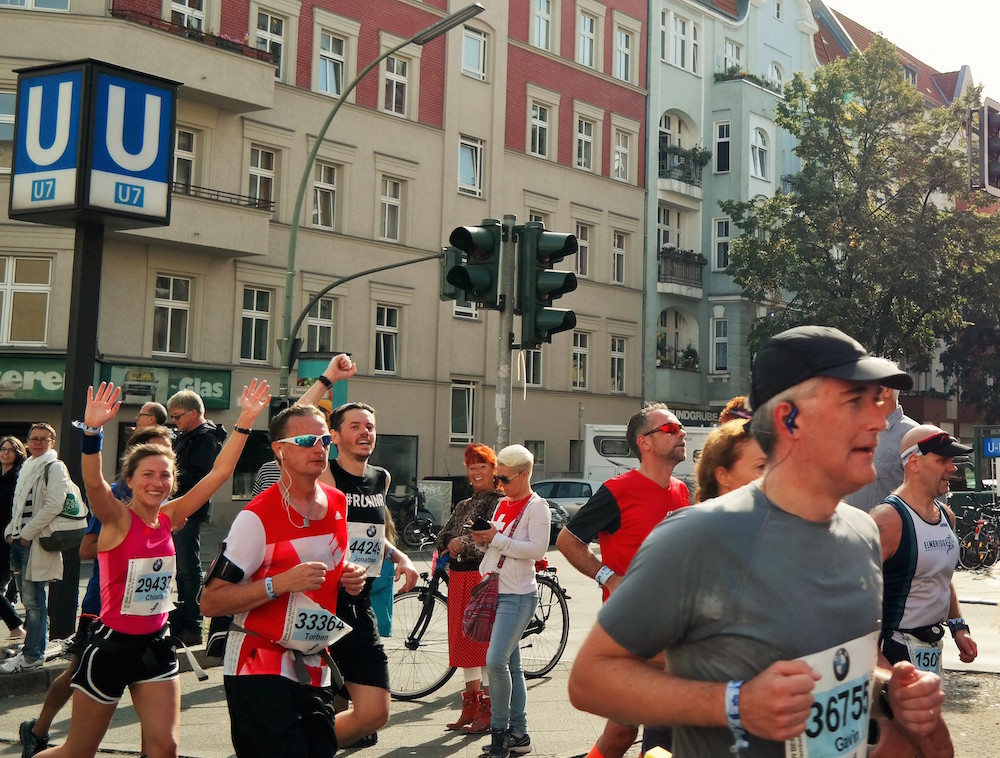 This is us around 23km, still going strong and on target time. (Pic: Demet) 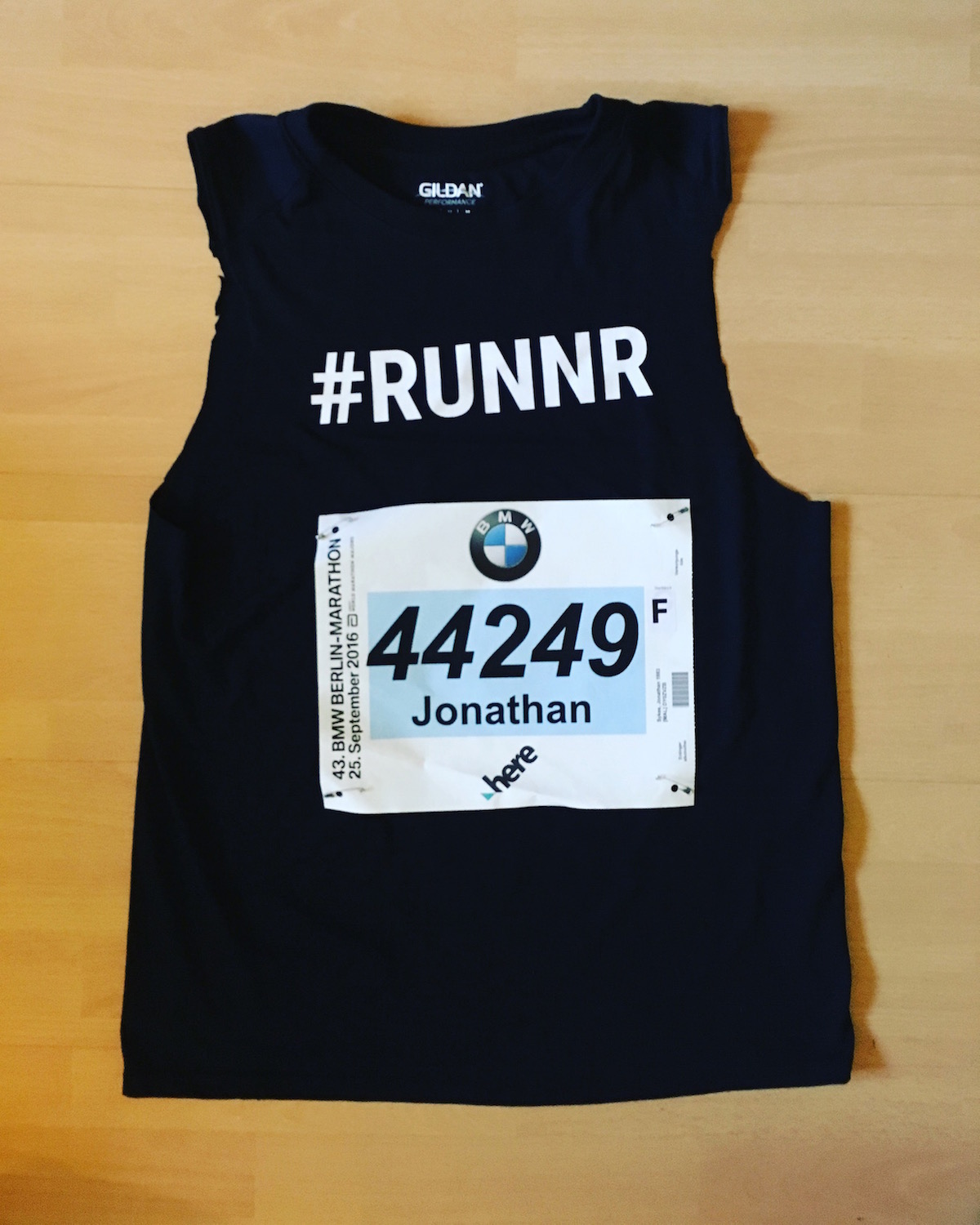 The first Racemappr race t-shirts got some use at the marathon. 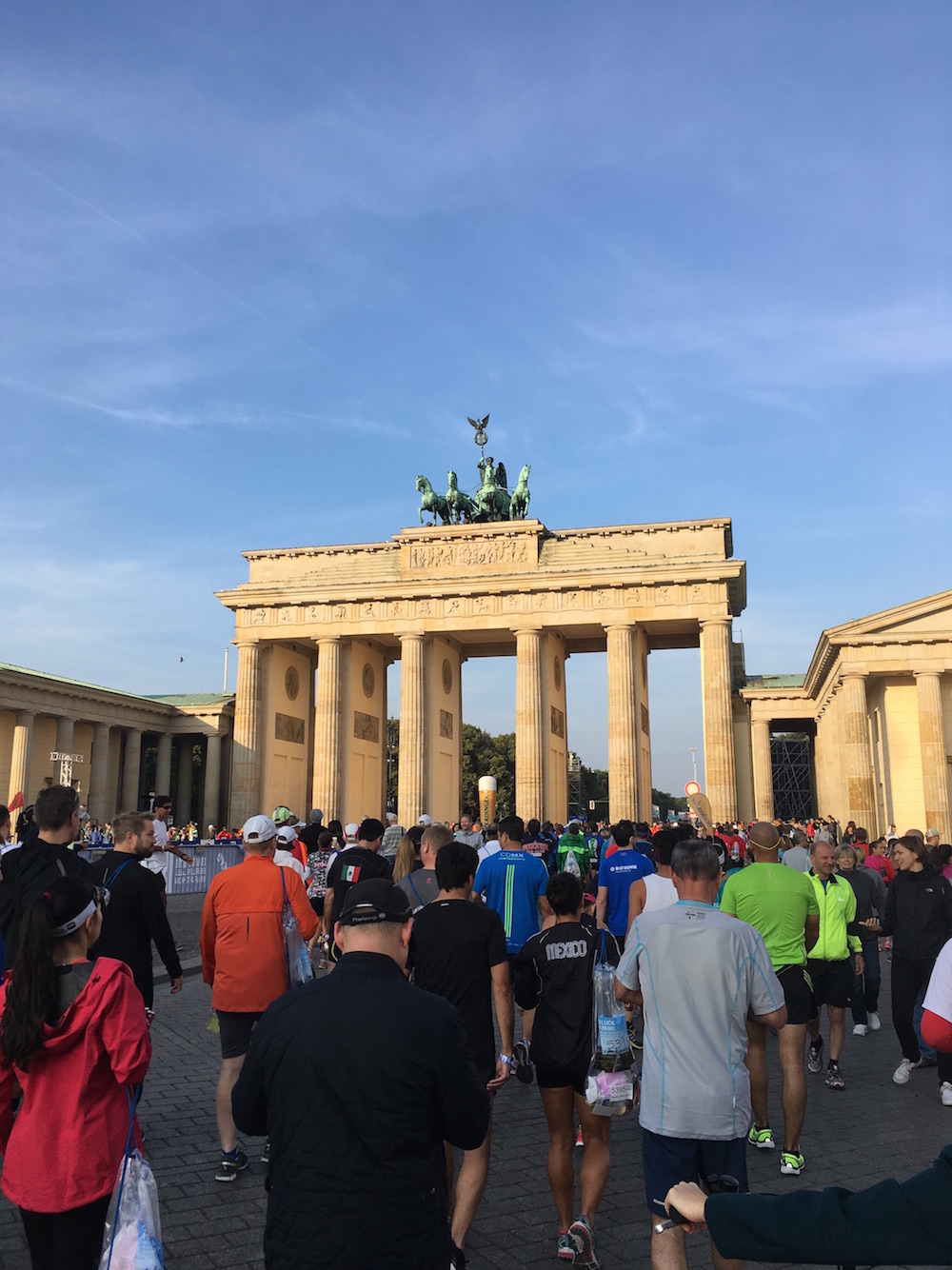 The atmosphere was amazing in the build up. Such a buzz around Brandenburg Gate 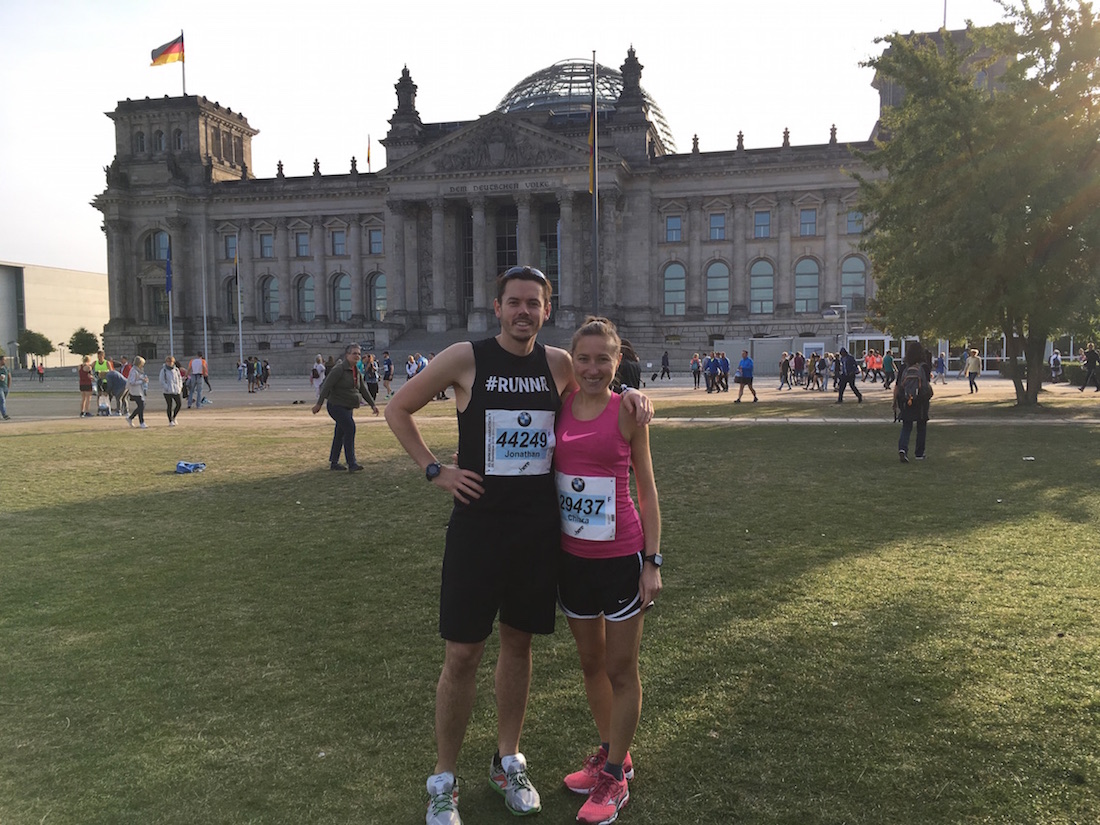 And thank you Jon for sharing your story with us. 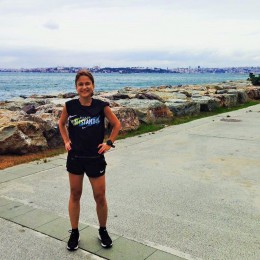 Great blog Jon and very wise advice. The marathon is a fickle beast, and the potential for bad luck is huge. Getting into that mind set and being able to learn from the past experience is not easy task, but is very important to progress for future challenges. You should definitely feel proud, and your next races will show your hard work. Good luck in Frankfurt! 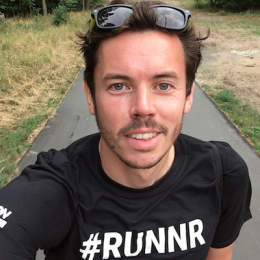 Thanks Demet! Indeed looking to the future.